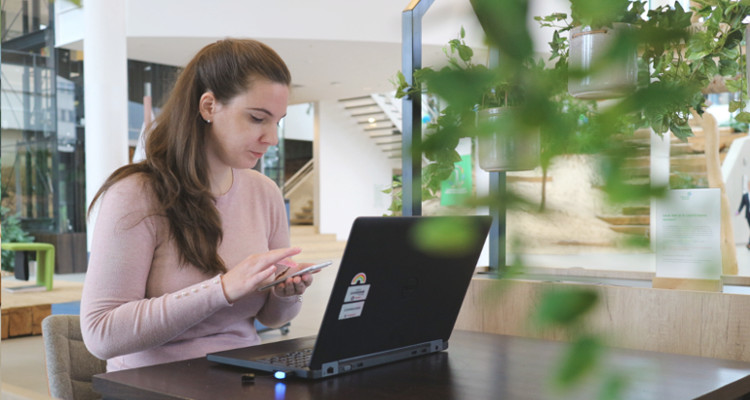 “You are not afraid to use your own two gadgets”

Sometimes people ask me: “Jee Anke, do you never suffer from sexual harassment in the tech world?” I understand why the question is asked, because there are many prejudices about the tech scene. On the internet you can find plenty of nasty stories about women who have not been treated well. Anyway… I never have that much trouble at work. I thought. I have spend the past three days with all kinds of bullshit comments. And that is not okay to me.

As people know me …

In general, people see me as optimistic, sensitive, caring and persistent. I am ambitious and adventurous, have a (sometimes quite) big mouth and love to joke around. I love tech and gadgets, nature and animals. People will not easily call me a princess, although I love beautiful clothes and good design.

Those properties are a perfect combination to stand out in a crowd. And anyone who does that can expect blows. Now I’m used to that after many years in the online and tech world, in fact – you can expect a sharp remark back if you are running your mouth. Discussions are good, but you do need to draw the line somewhere. It has to stay respectable. Although, it is not cool to actually say that out loud.

Why is it so hard to act normal?

Sexual harassment, for example. I think that is quite a no-no. And yet: now that I think about it, it happens more often than I think. I was not so aware of it, but under the skin it lingers. Check out what was sent to me in the past three days:

“You are not afraid to use your own two gadgets”

A company wanted to work with us, as they were looking for a female coder. I thought: there may be business in it, I’m not going to block it immediately. But then the guy from that company started talking about “booties” or “I like strict women” I thought: “Hmm.. strange guy”. But the line was really crossed when he mentioned “you are not afraid to use own two gadgets”. Though my Instagram channel is a mix of private and business posts, I do not put myself on there as some object. What was this guy thinking? I tried to pull the conversation in a different direction: I gave cautious hints that I wanted to talk business. Anyhow – I started to get an idea why they had trouble recruiting female developers there…

Worst unboxing ever, but I am in love

This is probably the strangest story in my review history. Hear this. I put a picture of a phone I tested on Insta. Let’s say phone brand X. I opened Instagram, saw that I had some DMs and clicked on them. I opened a new message and suddenly saw my face at the top. I was very shocked by that. Initially from the fact that this was not my account, so someone else used my face on theirs. But I was even more shocked by the words I read, from the PR Team of telephone brand X itself. Apparently it was still logged in on the device!

They said that it was the worst unboxing ever, but they were in love with me. I have thought a long time about what I actually thought of this. Are they right, is it really such bad unboxing? Mwah, to each his own. I think it was not that bad. Though it certainly wasn’t the best unboxing ever. Actually, it was not really unboxing, but rather a spontaneous inspiration to show my followers what I had been sent. It was done with enthusiasm, I thought it was a nice package. That’s all. I was going to go into the specs and results in a video review, but this experience made me rethink that idea…

Whether or not you like an unboxing video from a phone of your own brand: that happens. It is criticism I can take. But such comments? This is a good example of why women prefer not to work in the tech world. Suppose a man had done this unboxing. Had he been told, “Worst unboxing ever, but I’m in love. What is his number?” You wonder.

TechGirl is working hard to expose such abuses in the tech world, so I didn’t expect this response from a party we work with. I therefore asked if the company would like to pick up the phone again. Sorry, followers. #TechGirlTip – reset your phone to factory settings if you lend / sell it to someone else.

Want to spice things up with breast pictures?

We had a response on our About Us page. A female reader was wondering why we used a photo of enhanced breasts in one of our articles. Not sure which article she was referring to. All I can imagine is that she has read an article from our sex tech file. In that file we provide information about tech and sexuality. Just as high school students receive sex education at school, we also find education around sex tech important.

It’s hard to get it right for everyone

Is it earth-shattering when Cosmopolitan writes about sex? I do not think so. But when TechGirl provides sex education, it is vulgar. Strange, I think. Because we can deny it all, but there is currently more sexting than ever because we can’t get out of our house. Digi-sex education is therefore necessary. And we give it to anyone who needs it.

TechGirl tries to push the limits. Just to break the stereotype that tech is only for men. In fact, we should be even more controversial, precisely to break with all those beaten paths as quickly as possible. And yet we don’t do it. Because apparently TechGirl is already viewed as quite shocking. Men see it as a starting point for flirting. Sometimes I start to doubt whether our mission is feasible, without selling myself out.

Yes, I want women in tech to be taken seriously. But no, I don’t want to turn into a snob, who reacts sour to anything people will say. I like humor, but I shouldn’t have to guard those ethical boundaries. This has to do with mutual respect, with norms and values. So do you really want more women in tech? – behave accordingly. Because I’m starting to get tired of this childish thing … 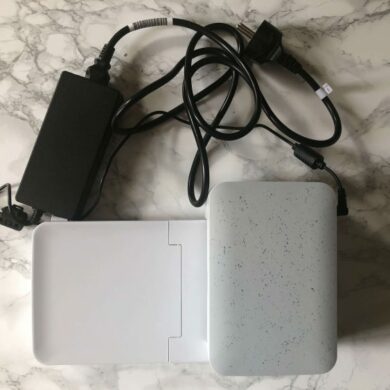 HP Sprocket Studio – Putting it to the Test