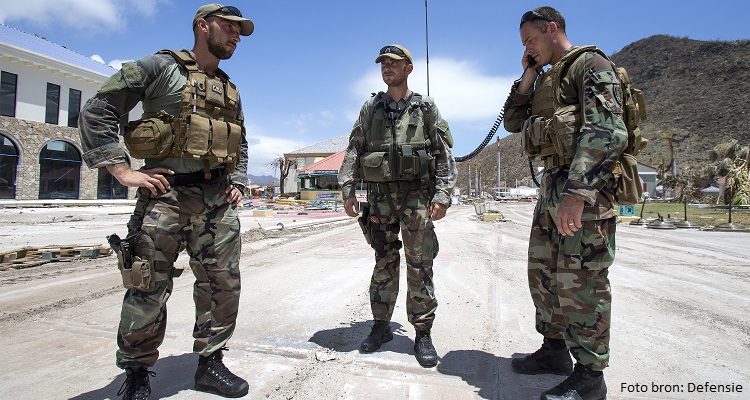 One year after hurricane Irma: meet the Dutch navy

If a storm is approaching such as Irma in 2017, it is not just the local government, citizens and good causes that make sure everyone is safe as soon as possible. Defence is also essential. Lieutenant and second class senior category Canon Babayigit is communications advisor and spokesman with the Dutch navy in the Caribbean. Last year she just started her job when Irma went on her devastating path.

Our navy mainly has a supporting role when it comes to disasters. After a country asks for help with the government in The Hague, the navy will come to action when politicians give their OK. It helps local governments, the police, the fire brigade and good causes such as the Red Cross to make sure everyone has their primary needs fulfilled. That sounds like a very straightforward role, but it actually is a lot more than just organizing transport for huge piles of food and water. Especially in the aftermath of Irma this becomes very clear.

Canan about her experience

“In the summer of 2017 I moved to Curacao for my new job,” Canan explains. “We have a navy headquarters on that island where we keep a close eye on our operations, news and weather forecasts 24/7. Every year from the beginning of June everyone is extra alert, as the Caribbean often has to deal with floods, earthquakes and hurricanes.”

“We are stationed here to come to action whenever people need us. In a situation where help is needed, such as Irma, that means supporting the local police with maintaining order and safety. We did this by running checkpoints at roundabouts and by pointing cars in the right direction and informing people about the situation. We pointed out to people that they should not be using too much fuel as many gas stations did no longer work.”

Hurricanes develop on the Atlantic Ocean, usually south west of Africa. Then they move towards the West. “It is always the question for us if a hurricane goes straight through our islands or if it will travel above them. Usually we know very long it advance which path or route the hurricane will be following. This time we knew a week before it was time that Irma was on her way. Around 30 August 2017 we got images showing something definitely was developing. We started our planning processes and eventually Irma went over St Martin on 6 to 7 September. Days before, our army was on St Martin, Saba and St Eustatius to help local authorities prepare.

There are two navy ships that helped: His Majesty Zeeland and His Majesty Pelikaan. “We flew in soldiers from Aruba and Curacao. There is a standard help ship in the West that offers strategic transport capacity: it is a hard worker that travels between all islands and carries military vehicles, food, water and containers. It can carry 100 soldiers from a to b. Zeeland also carried goods such as food and water to at least prepare citizens for the first blow.”

On the three islands there were over 75 marines when the hurricane came through. The two navy ships were waiting just in front of the coast till it was safe to make a move. It took a day before St Martin was approachable because the sea was very rough when Irma just happened. Together with her mediateam, consisting of one camera operator, one photographer and a journalist, Canan took the NH-90 helicopter from the Zeeland to support the operations from the sky and to get a better view on the damage on land. The communications on St Maarten were all cut off due to the storm, so the team decided to operate 24/7. Not just the soldiers were filmed, Martin damage too, so there was a clear view on where help was needed most urgently.

Defence tries to be as independent as possible. The images from Canans team could be send to the rest of the world thanks to a seperate communications network on the ship. “We do not need mobile antennas on land, and they were broken like twigs anyway. We use satellites in the sky to send big data.” And that is not the only thing Defence wants to be independent for.

The Pelikaan has an RO unit (reversed osmose) for making their own water. Sea water is used to make drinking water, which mainly is used for people on the ship to shower, to drink and to cook with. But during Irma it was also used to get drinking water to survivors. “The water systems were down too, so on St Martin there were tank wagons filled with water, where people could fill up a bottle. Pelikaan has given out over 195.000 litres of drinking water.

“Our emergency help organisations do not just help the (is)lands within the Dutch kingdom. When Dominica was hit by hurricane Maria two weeks later, the helicopter brought water and food to places that could not be reached by car. And after Irma there were many plunderings on St Maarten. Because we were helping the local authorities, we could use our infrared cameras on the helicopter to see where this was happening and in which direction people were moving. We gave the coordinates to the soldiers on land so they could come to action together with the police. We flew around, looked at the damages and we helped people whenever we could, but the police is important too. A prison on an island without electricity needs extra guards.”

When the worst is over and the land seems to be stable, together with the rulers of the country the Dutch government in The Hague decides when the military disaster help ends. Then the rebuilding phase starts, which is not something Defence is involved with. To decide how ready a country is to rebuild on its own, depends on how many percent of electricity is back and if people can get water, for example. There must be a communications plan to make sure everybody knows what is going on. And we must check if the local organisations can handle things on their own again. Realize that police officers on St Maarten are not just officers, they are people who have lost everything too. We worked until the end of October on the island, with upto 1000 soldiers, thanks to the Karel Doorman ship that came over with 170 people onboard and over 1000 tons of food from the Netherlands.”

Do not forget about Jose

Only four days after hurricane Irma, Jose went by. There were no possibilities of making or distributing newspapers, there was no radio and no communications worked. To inform the inhabitants, they made a small printing office to make flyers. “We would distribute them during patrols and with use of the helicopter. People on the island are happy to have survived another hurricane and start to rebuild, not knowing that another one is coming their way. They should be preparing for that one and find a shelter. We have told people with the flyer that another hurricane was coming and that people had a few days to prep. The need for information is so huge among people these days, thanks to social media. It is very nice to be able to register yourself as ‘OK’ for people that are waiting for you at home.”

Defence is doing everything they can for many people, but there are smaller stories too. “There was this radio station called Laser101 and for me that was a way of telling people what Defence was on the island for and that people are always free to ask us anything. Apparently, even people in the Netherlands were listening to this radio station, cause one woman contacted us that she did not hear from her brother and parents on the island for a while. At a moment like that your heart breaks. We are busy helping people and doing so many different things, 24/7, you do not really realize that you are doing all this and it really grounds you. It is beautiful to do this work. For example when distributing food: it is one bag of rice and one carton of milk per person, but you see that there is no aggression among them. People are so happy that there is help, and even though we are not the ones that actually give the food to the people, facilitating it is an essential and beautiful job to do.” 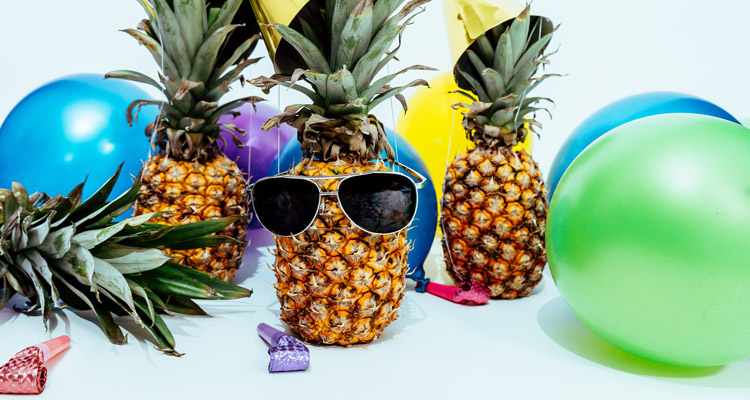 What to look for in a power bank?