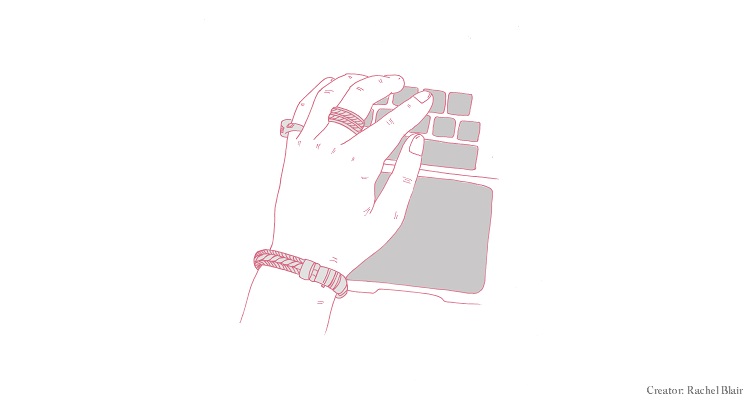 In our online day and age, the internet has witnessed the birth of the influencer. Brands paying famous people, bloggers, or anyone with any sort of influential reach on social media to deliver a brand message on their behalf is now common. This relationship creates a brand partnership and an influencer is responsible for the content that they broadcast. What online rules must be followed?

Sometimes, this can be a difficult bar to meet. Brands want posts to seem organic and often as if they are simply the influencers’ own opinion, however, influencers must ensure that they clearly identify partnerships so that they do not mislead their audience in any way.

Countries have their own national laws and when an influencer promotes a product, national advertising laws will apply. The UK Advertising Standards Authority, for example, has guidance on how UK consumer laws apply to influencers. The guidance stresses that influencers need to be upfront, open and honest with their audiences, avoiding giving the impression that they are genuine customers when they are not. Customers must immediately see and understand a disclosure explaining that a promotion is an advertisement.

From large corporations to small bloggers, we are all capable of falling foul of the rules. A famous influencer in Sweden recently learned how subjective the rules can be, and how important it is that all parties involved understand and follow them.

In the Kissie case, a blogger posted three posts with the wording i samarbete med (“in collaboration with”), sponsored post, and #samarbete (“#collaboration”) at the end of the posts. When a complaint was made to the Swedish Patent and Marketing Court it was held that the posts, even though they stated that they were advertisements, had fallen foul of the rules.

Whilst the influencer’s normal audience was 18-35-year-old women who could be expected to have an understanding of promotional posts, she had made the posts public to everyone. This meant that a higher standard had to be followed than the one she normally followed, and the consumer should have a lower expected understanding of social media advertising. Considering this level of understanding, it was not clear enough that the posts were advertisements. The promoters who had commissioned the brand advertisements, Mobilpengar.se, and the influencer herself were both held to be jointly responsible for failing to follow the rules.

It seems that after the exponential growth of marketing possibilities thanks to influencers, national authorities are keen to ensure that the right rules are followed. In Norway, a sanctions regime has been set up for the public to easily make official complaints about an advertisement campaign. The ease of this pocess will encourage the public to be vigilant about the posts they see, and aid authorities in overseeing the millions of posts that are made. The advertisement committee will not only scrutinise the way that national laws might have been breached, but also consider whether the influencer has breached any ethical guidelines. It is encouraged to “name and shame” offenders, with a press release naming the influencer and the reason for finding a breach.

So, it is becoming increasingly important to follow the rules!

The Autorité de Régulation Professionnelle de la Publicité, the French advertising watchdog, recently conducted a study in 2019 of more than 500 influencer posts. It found that 12% of the campaigns it analysed failed to disclose the existence of a commercial partnership. Not only this, but of the posts that did disclose a commercial relationship, 33% of them did not do so explicitly enough.

The general overarching rule is that a commercial collaboration between an influencer and an advertiser must be brought to the public’s attention and clearly disclosed by the influencer. However, brands should also bear in mind that while it is the influencer’s responsibility to disclose a paid partnership, brands can also be found responsible for any failure to follow this rule.

The French watchdog suggests the use of #pub, #sponsorise or #collaboration. It warns against posting multiple stories with a small warning of a partnership at the end of them, or drowning a hashtag disclosing a partnership within a large number of other hashtags. The consumer must not have to do any more research to confirm if it is an advertisement. This should be considered with Swedish guidance in mind, that the level of understanding the target audience can be expected to have should be taken into account.

The UK watchdog warns that there are lots of rules that could apply depending on the circumstances. According to the French watchdog, influencers have a strong impact on the public thanks to the international reach of their voices, and they must respect the principles that any responsible communication should follow: be truthful to the public, transparent in their messages, and protect younger audiences. Sounds like good advice to us! Here are our top tips for influencers:

1. Identify whether you are posting an advert. If you have been paid to recommend any product, and the promoter has any sort of control over the posts, it is likely to create a commercial partnership.
2. Make sure you clearly identify that your post is an advert. Consider the audience your content normally reaches and the potential audience your advert will reach. Can they be expected to understand that this post is an advert?
3. Ensure your disclosure does not get lost within the post. A disguised hash tag or quick “ad” mention may not be enough! Consider using the functionalities available on networks- could you begin a series of advertisements with an initial page advising it is a paid partnership?
4. Most importantly of all- if you can, get advice! These rules can be confusing and difficult to navigate, especially given the potentially international scope of posts. It is always better to be safe than sorry- good advice can ensure you remain compliant whilst also expanding your social media reach.

Do you think the rules for influencers are clear enough, or do you wish there was more guidance? Let us know!

How to choose in which language to start programming?